Leonardo began the formal study of the topographical anatomy of the human body when apprenticed to Verrocchio. He would have been taught to draw the human body.

Also, he memorized the muscles, tendons and visible subcutaneous structure and familiarised himself with the mechanics of the various parts of the skeletal and muscular structure. It was common workshop practice to have plaster casts of parts of the human anatomy available for students to study and draw.

If, as is thought to be the case, Leonardo painted the torso and arms of Christ in The Baptism of Christ on which he famously collaborated with his master Verrocchio, then his understanding of topographical anatomy had surpassed that of his master at an early age as can be seen by a comparison of the arms of Christ with those of John the Baptist in the same painting.

His continued investigations in this field occupied many pages of notes, each dealing systematically with a particular aspect of anatomy. It appears that the notes were intended for publication, a task entrusted on his death to his pupil Melzi.

In conjunction with studies of aspects of the body are drawings of faces displaying different emotions and many drawings of people suffering facial deformity, either congenital or through illness. Some of these drawings, generally referred to as “caricatures”, on analysis of the skeletal proportions, appear to be based on anatomical studies.

As Leonardo became successful as an artist, he was given permission to dissect human corpses at the hospital Santa Maria Nuova in Florence. Later he dissected in Milan at the hospital. From 1510 to 1511 he collaborated in his studies with the doctor Marcantonio della Torre. In 30 years, Leonardo dissected 30 male and female... 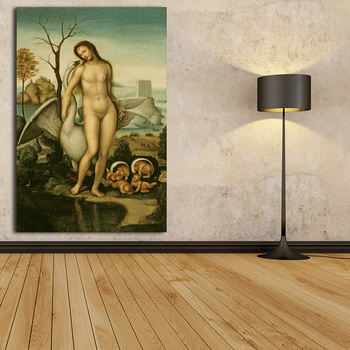 Nude Women and Swan By Davinci 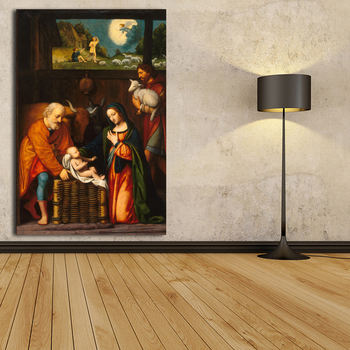 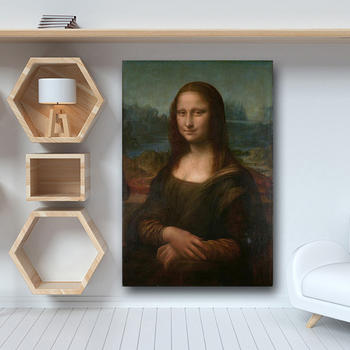